Ocean and air freight rates and trends for the week of September 14, 2017. 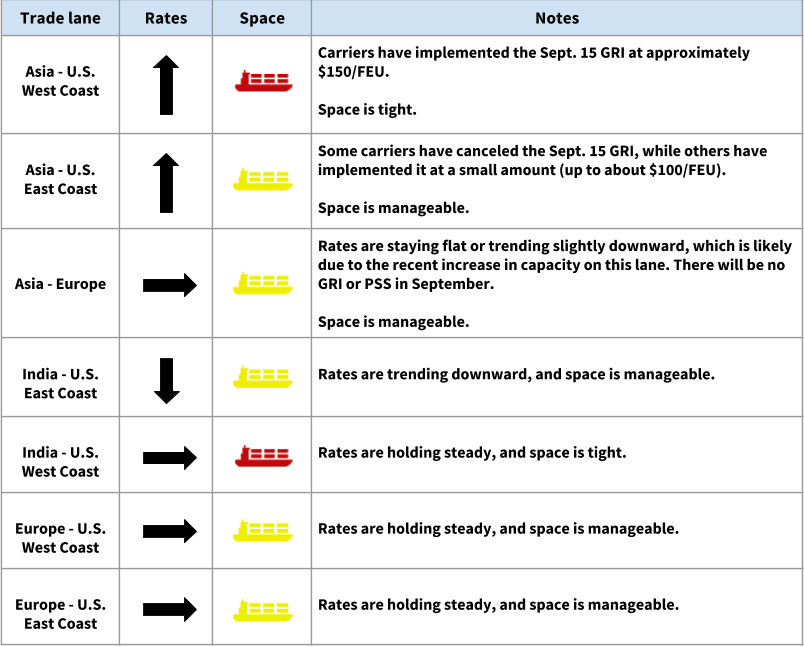 China will celebrate Golden Week October 1-8. Factories will be closed during this period.

All terminals at impacted ports -- Miami, Jacksonville, Savannah, and Charleston -- have reopened and are fully operational.

Government restrictions on new routes / additional flights out of Shanghai and Beijing have exacerbated the capacity shortage in China. 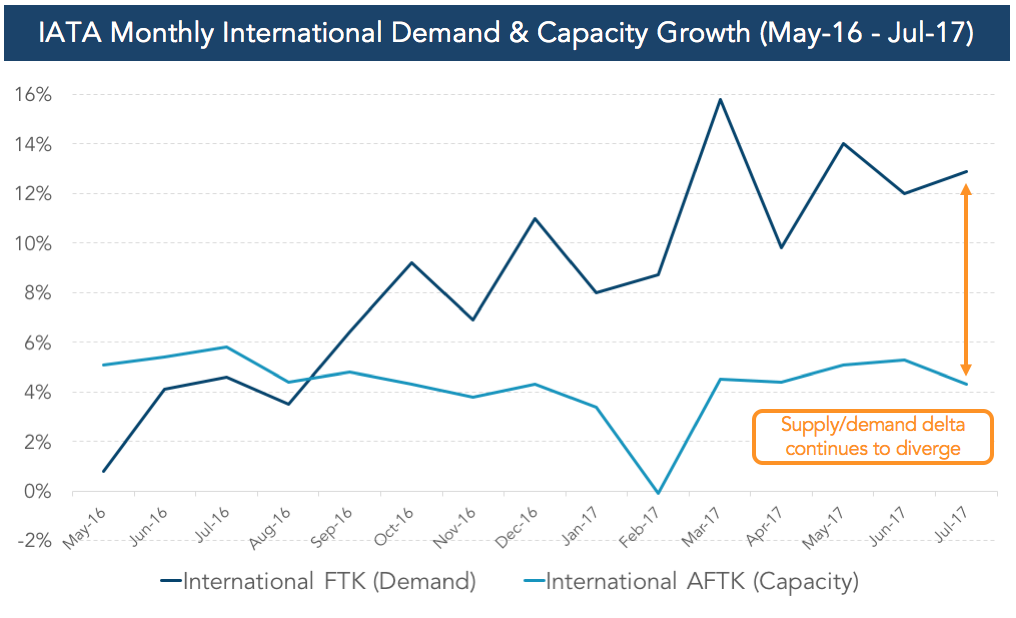 Rates will increase after Golden Week

Peak season is hitting early this year, prior to Golden Week (Oct. 1 - 8). We expect to see rates increase after the holiday.

Demand for Asia-Europe air freight has grown in the double digits in all but 2 of the past 11 months, and is catching up to capacity. Prices are rising.

Congestion and chassis shortages at the Port of Houston

The Port of Houston was closed for a week due to Hurricane Harvey, and they are now working through the backlog of vessels (and they’re doing so around the clock, unloading an average of 2-3 vessels per day!). Because there are so many containers, they’re being stacked higher than normal, which requires extra retrieval time upon pickup.

In addition, Houston is experiencing a serious chassis shortage. After Harvey, thousands of chassis were pulled for inspection, to ensure that they still meet safety standards. At the same time, there’s a drastic increase in traffic as the port is working to catch up.

Be aware that, if you are routing cargo via Houston, you may experience continued delays, trucking wait fees, and/or chassis split fees.

Thousands of factories have shut down in China after a series of inspections by the Ministry of Environmental Protection. At this point, the closures are concentrated in Jilin, Shandong, Zhejiang, Chengdu, and Chongqing; factories in Guangzhou will soon be impacted as well. Read more about the closures here.