Ocean, trucking, and air freight rates and trends for the week of September 19, 2018. 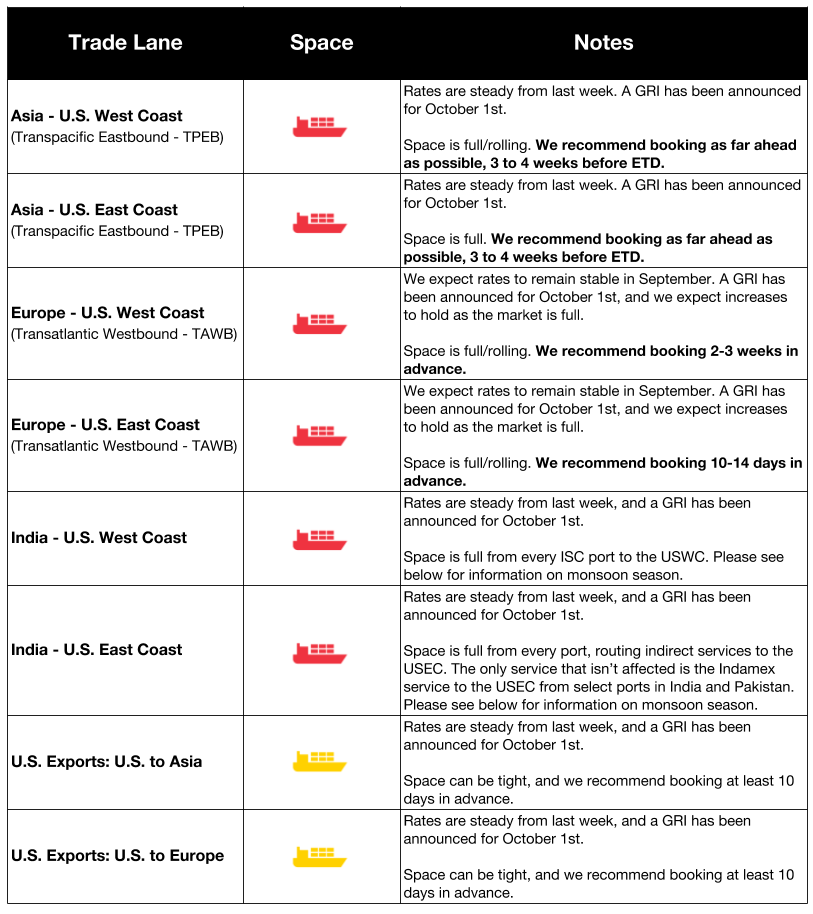 TPEB space is full/rolling. We recommend booking services as early as possible - at least 3-4 weeks before ETD, as services are full through Golden Week. 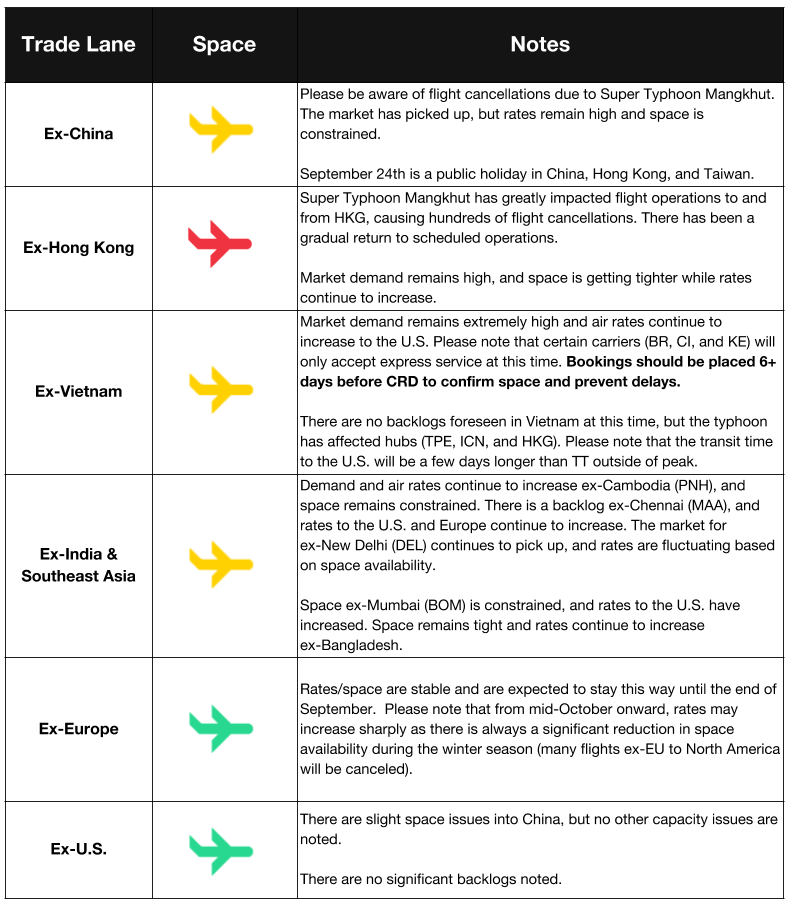