Ocean, trucking, and air freight rates and trends for the week of September 12, 2018. 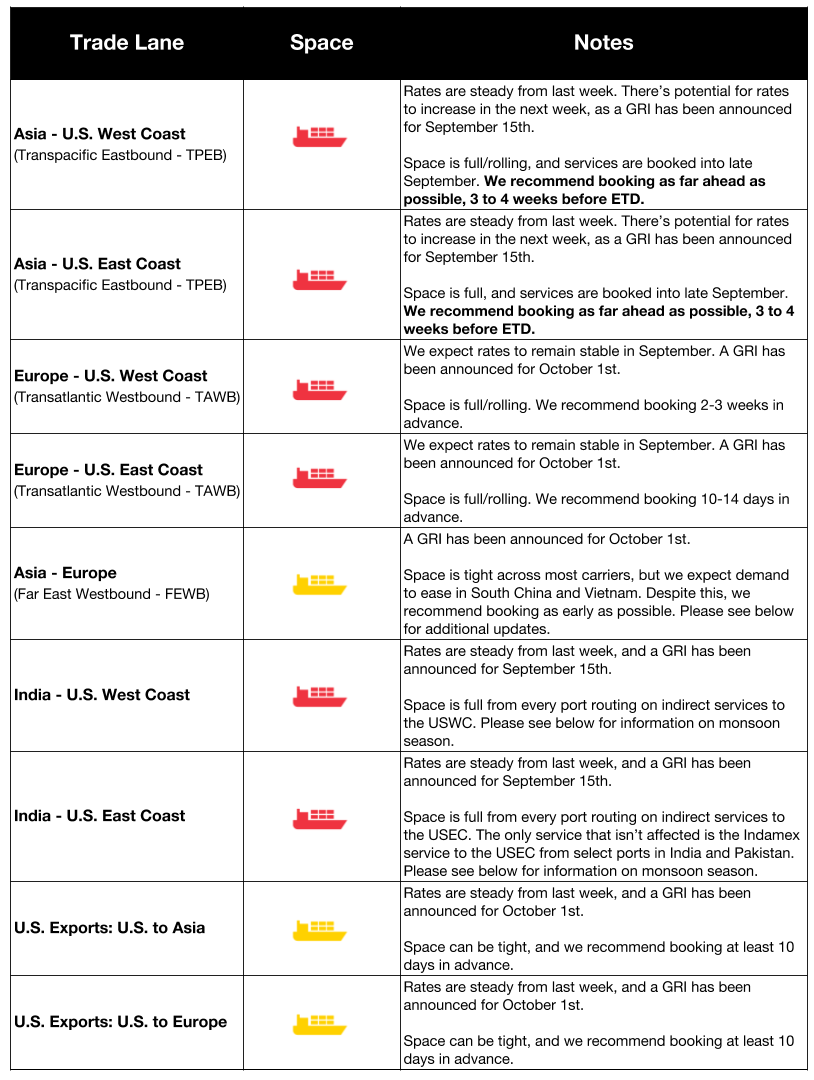 Hurricane Florence is expected to make landfall on Thursday, September 13th, as a category 4 hurricane. Due to mandatory port closures and evacuation orders, you may see delays for your shipment(s). As always, our team will notify you as soon as we’re aware of any changes that might impact you.

TPEB space is full/rolling, and we recommend booking services as early as possible - at least 3-4 weeks before ETD. Please also note that carriers are announcing blank sailings for October and November, which will further constrict space. 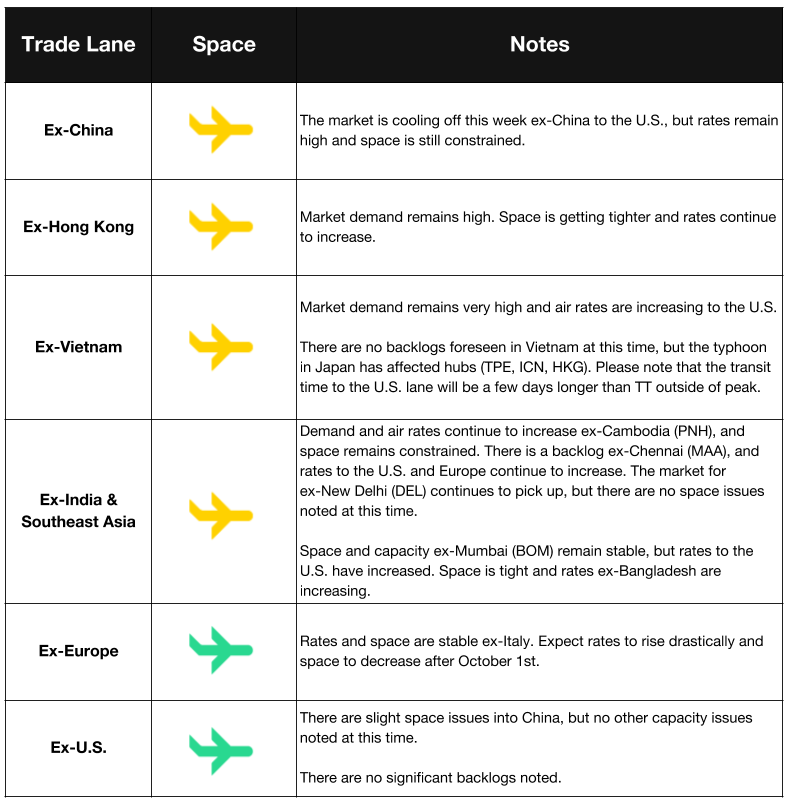