Recent news and updates related to the ocean and air freight market for the week of October 25, 2017. 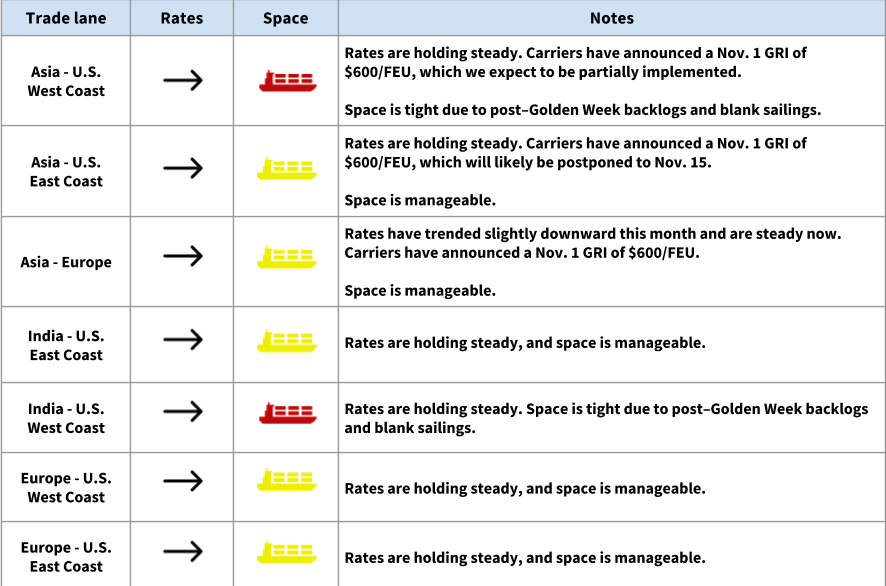 Rates from Asia to the U.S. have been trending slightly downward since September 1. Carriers have announced a November 1 GRI of $600/FEU, which we expect to be partially implemented to the USWC. The GRI will likely be postponed to Nov. 15 for the USEC. 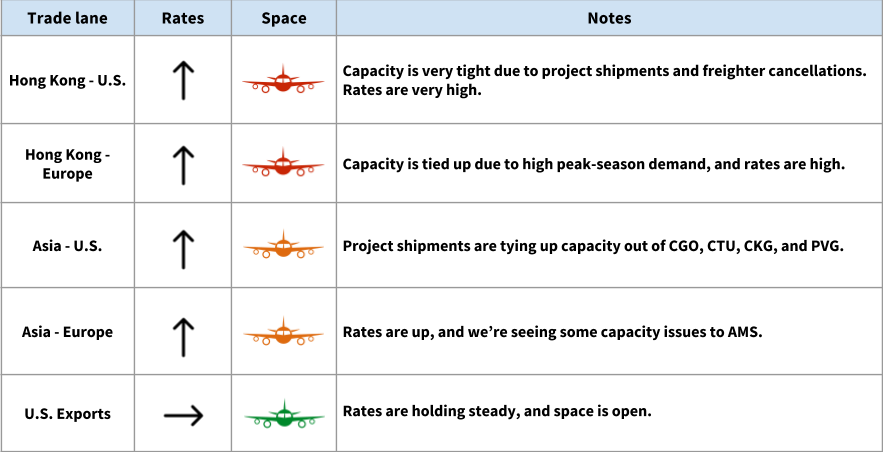 Demand has been high for months, but capacity is extremely constrained now -- exacerbated by the generally high demand of peak season, and by huge project shipments from a number of enterprise companies.

Capacity on passenger planes will dip next month

At the end of October, passenger airlines in China will change from their summer to winter schedules, which will lead to anywhere from a 30-50% reduction in weekly flights as they enter slow season.

Due to airport capacity constraints and increasing demand for passenger air travel, AMS has canceled slots for some freighters. Many are re-routed to other EU airports, and there is still capacity available on passenger planes.

Rates are up in regions receiving FEMA aid

FEMA is still shipping supplies in some areas, and the urgency of their shipments drives up FTL rates.

Driver shortages will drive up costs