Recent news and updates related to the ocean and air freight market for the week of October 19, 2017. 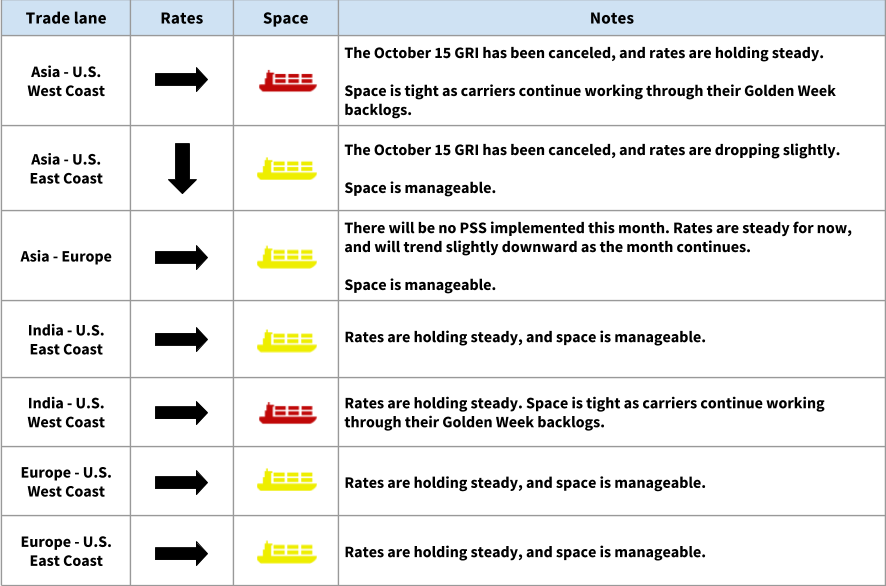 Ocean’s peak season is over

We’re past Golden Week, and we don’t expect to see any dramatic increases in ocean freight rates until the pre–Chinese New Year crunch. 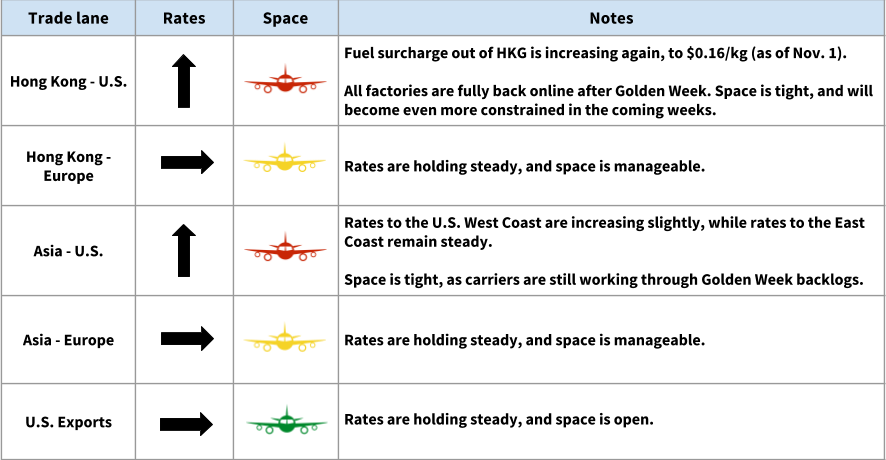 Northern California FTL rates are up due to region’s wildfires.