Ocean, trucking, and air freight rates and trends for the week of October 10, 2018. 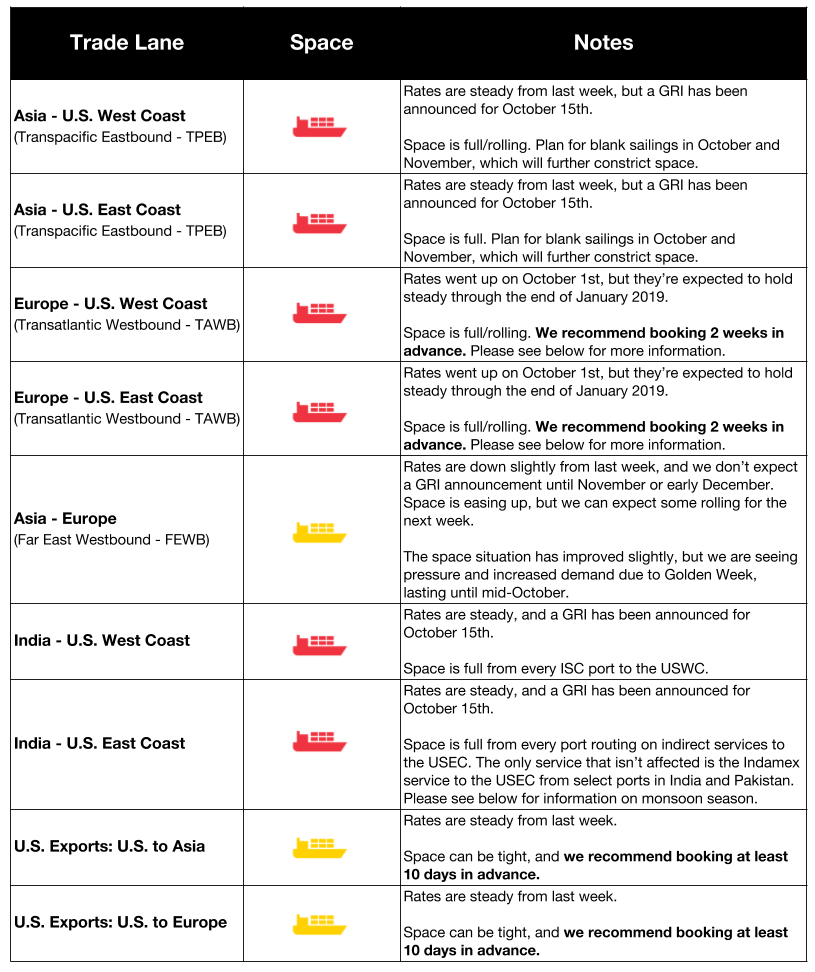 Hurricane Michael, which made landfall as a Category 4+ hurricane on Mexico Beach, Florida early Wednesday afternoon, is approximately 60 miles south-southwest of Macon, Georgia as of Wednesday evening. The storm continues to move inward, and is expected to cause over a million power outages and significant flooding.

None of our clients’ shipments are expected to be affected, and our Ops squads will be in touch with any necessary updates. 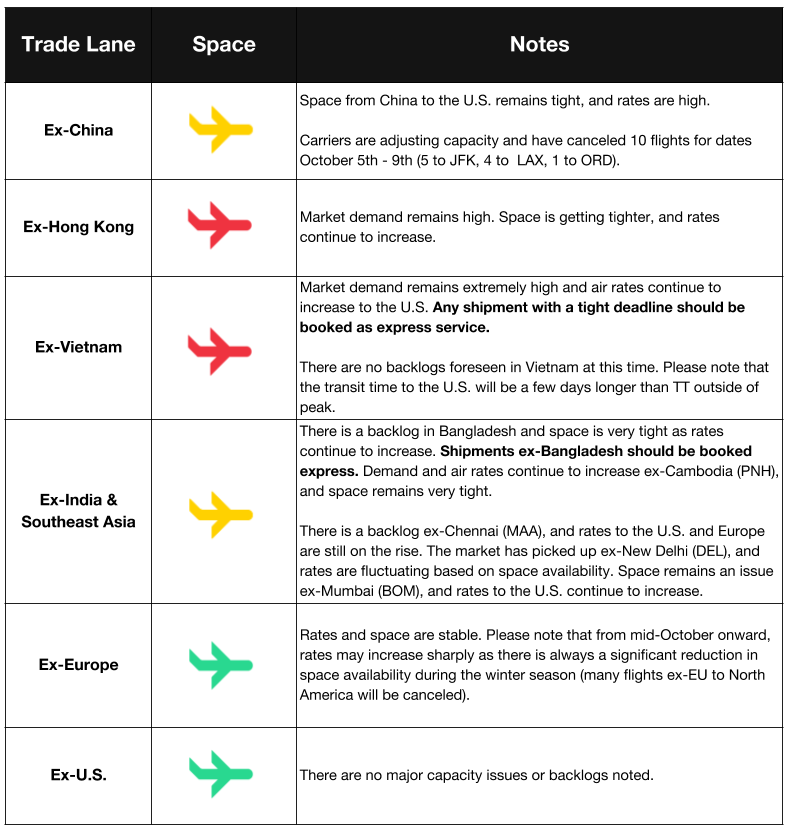