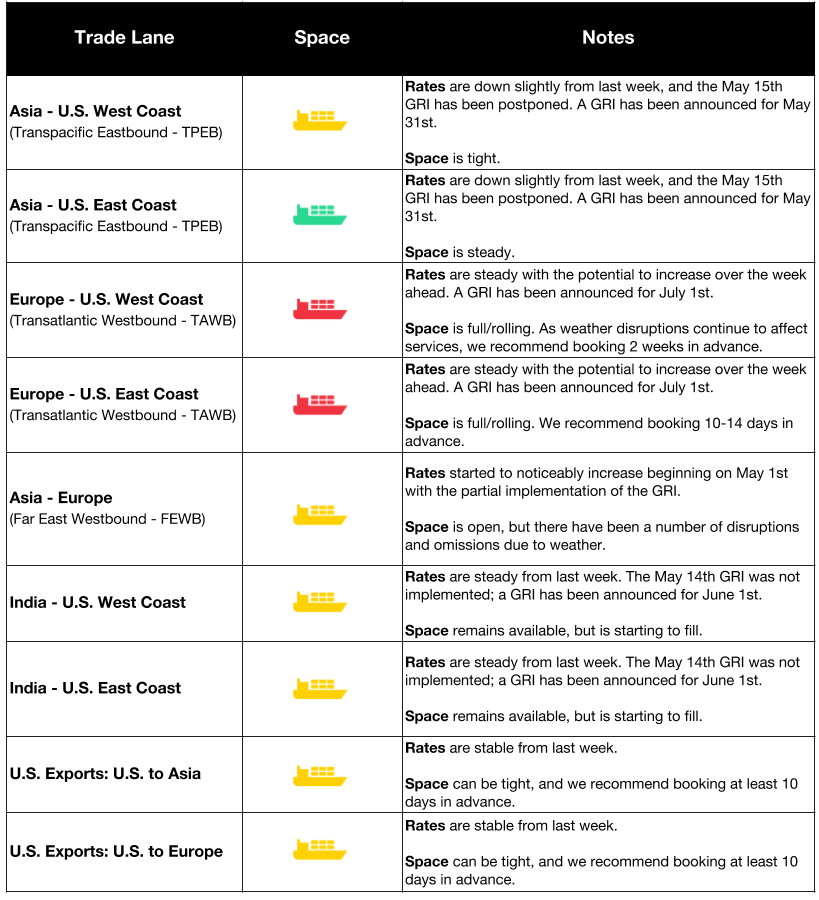 A General Rate Increase (GRI) has been announced for the following lanes and dates:

A sign that shippers are preparing for trade restrictions, California ports experienced a 13-month high for exports to Asia. Los Angeles and Long Beach, the biggest U.S. West Coast ports, reported that loaded container exports increased 12% year-over-year in April from a year ago.

According to Jock O’Connell, an international trade economist based in California, “Anxiety is driving the export trade. Shippers want to get their goods on the high seas and to their final destinations before the gates close on U.S. exports.” 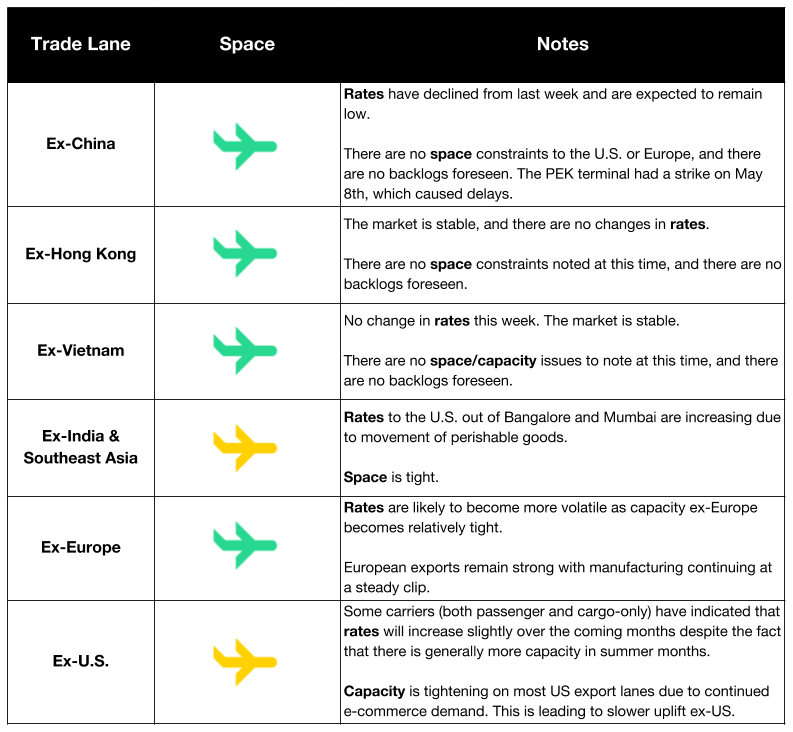 Shipments Move From Highways to Rails

As trucking companies struggle to recruit and retain drivers, businesses are turning to railroads to move their products.

While rail is typically cheaper, it is also slower, which means it can’t be used for many time-sensitive goods. But with spot-market trucking prices up, shippers with costs on their mind are using rail to move goods that aren’t time-sensitive.

In an attempt to keep up with the rapidly growing demand in U.S. freight, trucking companies are seeking new drivers, and ordering big rigs at a record pace.