Ocean, trucking, and air freight rates and trends for the week of March 28, 2018. 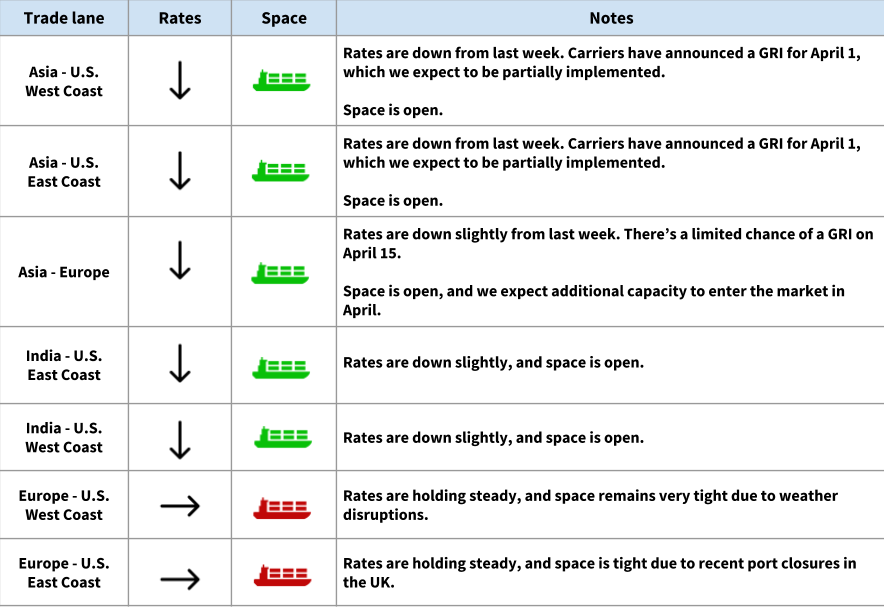 Carriers predict a 5 to 7 percent growth in demand for Asia-Australia-New Zealand trade in 2018, but this may increase as a result of U.S. planned tariffs. There’s potential for China to increase imports from Australia and New Zealand, as both are well positioned to “pick up any slack.”

Europe-U.S. space remains tight due to weather disruptions and port closures. We expect space to remain tight for the next two weeks.

With this merger, ONE will represent about 16 percent of Far East - US Eastbound trade (if we’re looking at liftings share from May 2017 - January 2018, as reported by the Alphaliner). 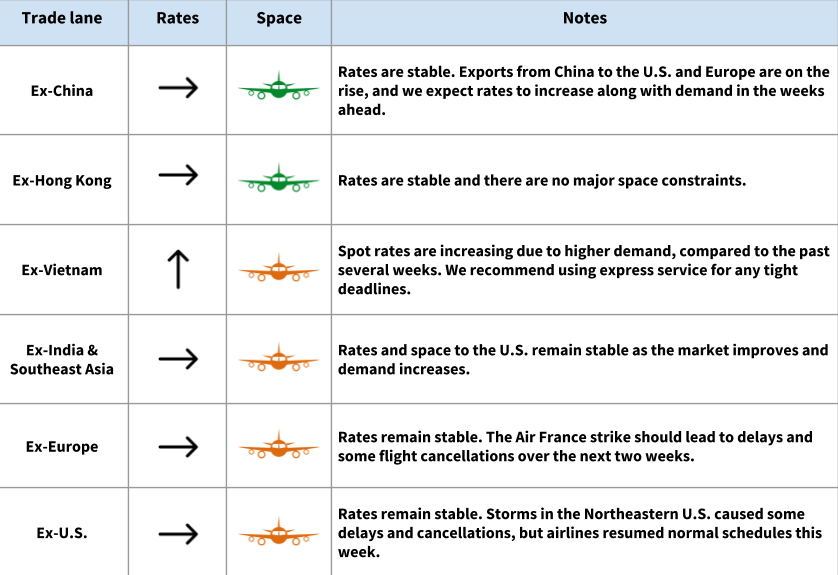 The strikes should lead to additional delays and some flight cancellations.

Ports have slowed down a bit with Chinese New Year behind us, and there are no major issues or congestions.

Although the electronic logging device mandate officially went into effect on December 18 with a “soft enforcement,” the full ELD enforcement will begin on April 1. This mandate means stricter enforcement of federal hours-of-service rules through the use of GPS-enabled ELDs.

Drivers can be placed out of service for actions such as:

The ELD mandate will likely cause additional trucking rate increases when noncompliant truck drivers are placed out of service by law enforcement. Updates are also expected to negatively affect trucking productivity.