Ocean, trucking, and air freight rates and trends for the week of June 13th, 2018. 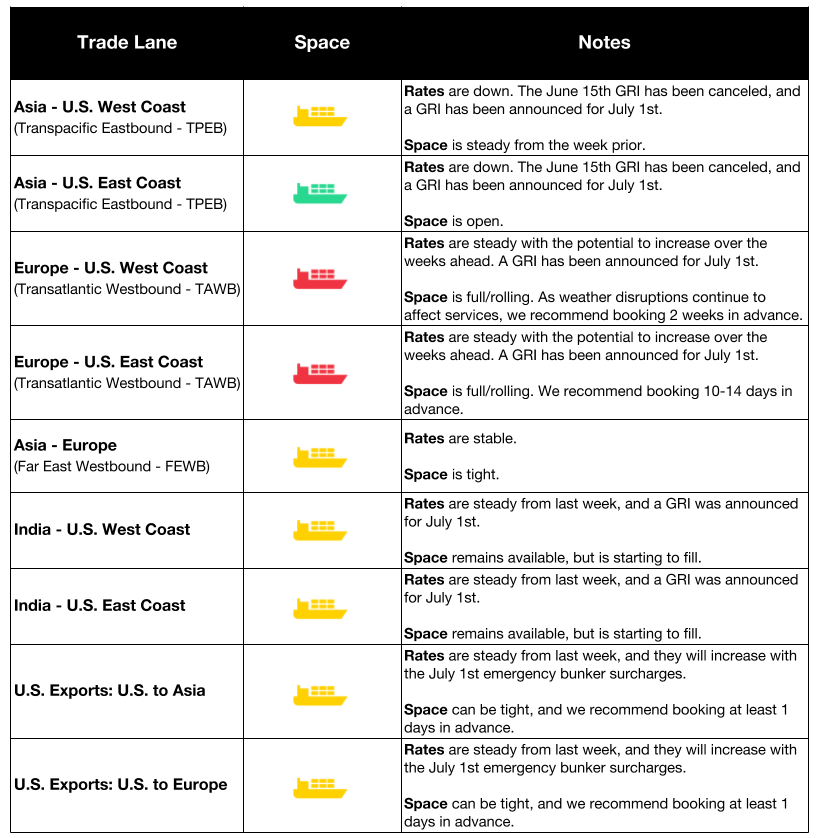 The following elements are now mandatory:

**Bunker Surcharges Not Embraced by Shippers **

New emergency bunker surcharges (EBSs), which started last week with announcements from MSC, Maersk, and CMA-CGM, are sparking anger among shipping and 3PL customers, reports The Loadstar. Carriers implementing the charge have said the fees are non-negotiable. 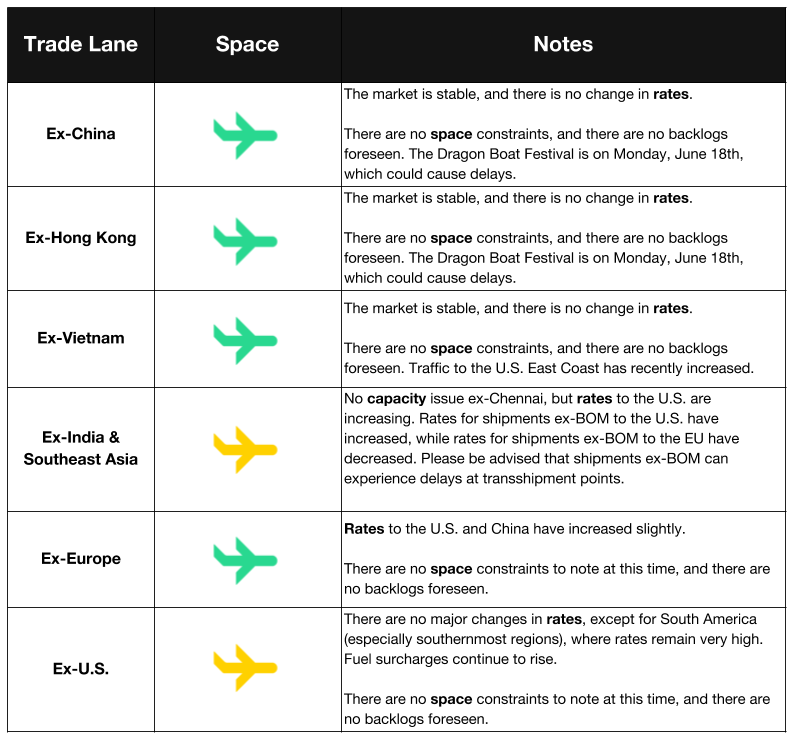 Responding to rising fuel prices, truckers across China have staged mass protests and refused to work over the weekends. Fuel costs have increased by approximately 8.5% over the last 12 months.

According to The Loadstar, strikes have been recorded in Anhui, Chongqing, Guizhou, Henan, Hubei, Jiangxi, Shandong, Shanghai, Sichuan, and Zhejiang.