Ocean, trucking, and air freight rates and trends for the week of January 16, 2019. 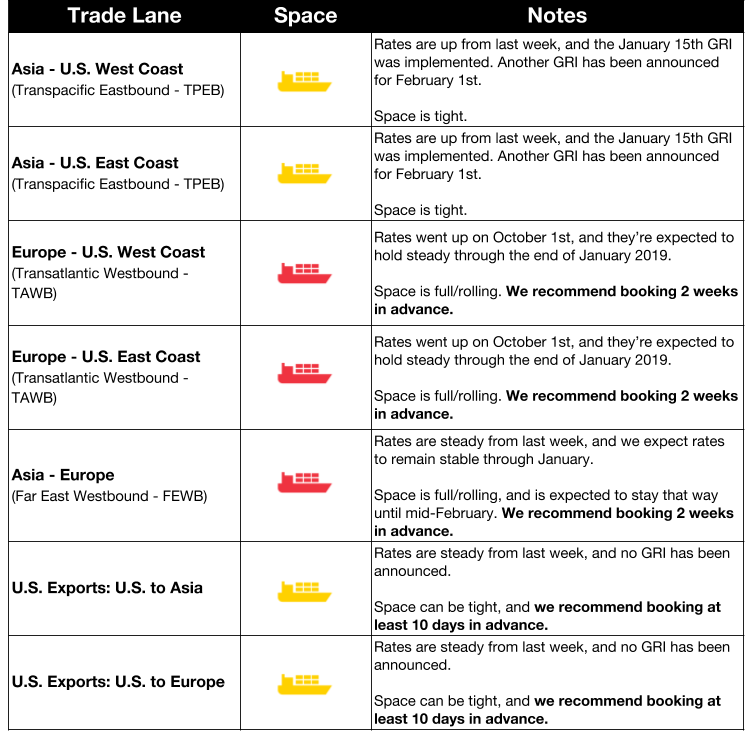 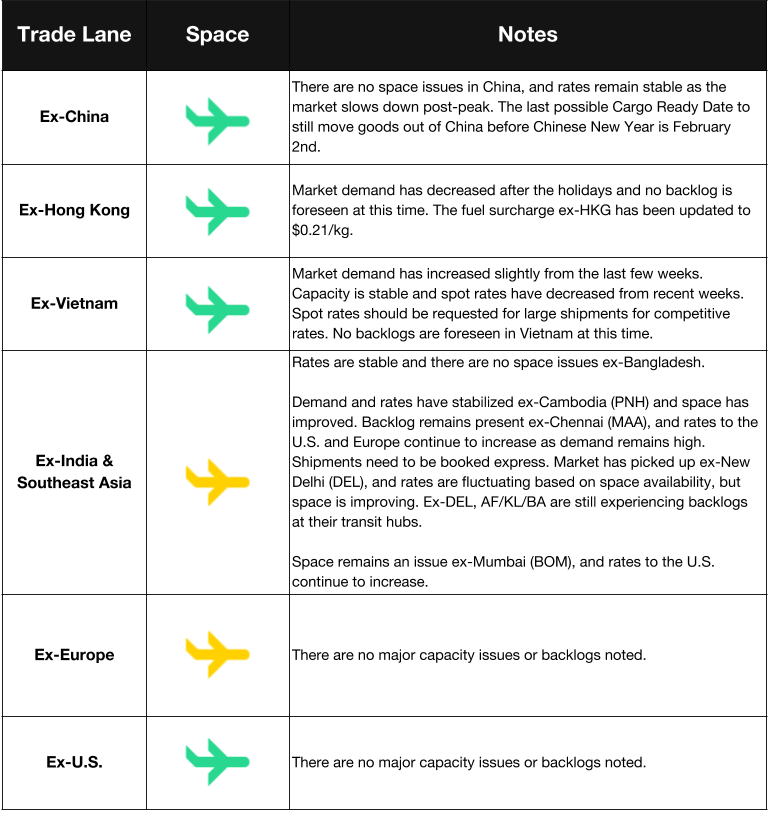 Passenger transport has started to be affected by the government shutdown, as the lack of paychecks has caused TSA employees to stop showing up for work, and air traffic controllers to file a lawsuit against the government. Air cargo is also starting to see a delay, because the necessary paperwork can’t be filed.

European haulage capacity remains a challenge, impacted by low water in the river Rhine, reducing intake of barges and increasing moves via rail and truck.

The U.K.’s Department of Transport has contracted three carriers to keep freight moving in the event of a no-deal Brexit in March. If the UK leaves the EU without a trade deal in place, vessels will call on the ports of Poole, Portsmouth, and Plymouth to transport cargo across the English Channel. However, officials warn that even with these preparations, significant trade disruptions would be unavoidable.

Calais Port May Be Unprepared for Brexit

The Port of Calais has been accused of being unprepared for Brexit, significant because Calais is a large transfer point for cargo between Europe and the UK. Drivers will need to be prepared with the necessary paperwork that must be completed before arrival at the port. The UK may revert to WTO rules, which means that the documents would be actual paper, in the event of a no-deal Brexit.