Flexport is monitoring developments of the Coronavirus as it causes more and more business interruptions. As of February 5, over 90% of passenger capacity between mainland China and the rest of the world has been cancelled until the end of March, at the earliest. As these planes typically account for 45% of freight capacity, TPEB and FEWB supply is tight. With ocean freight, while Chinese ports other than Wuhan are open, many truckers aren’t picking up cargo. In addition, blank sailings are 20-30% higher than usual for this time. For a full description of the latest supply chain impacts from the coronavirus, and steps you can take to mitigate them, go here. 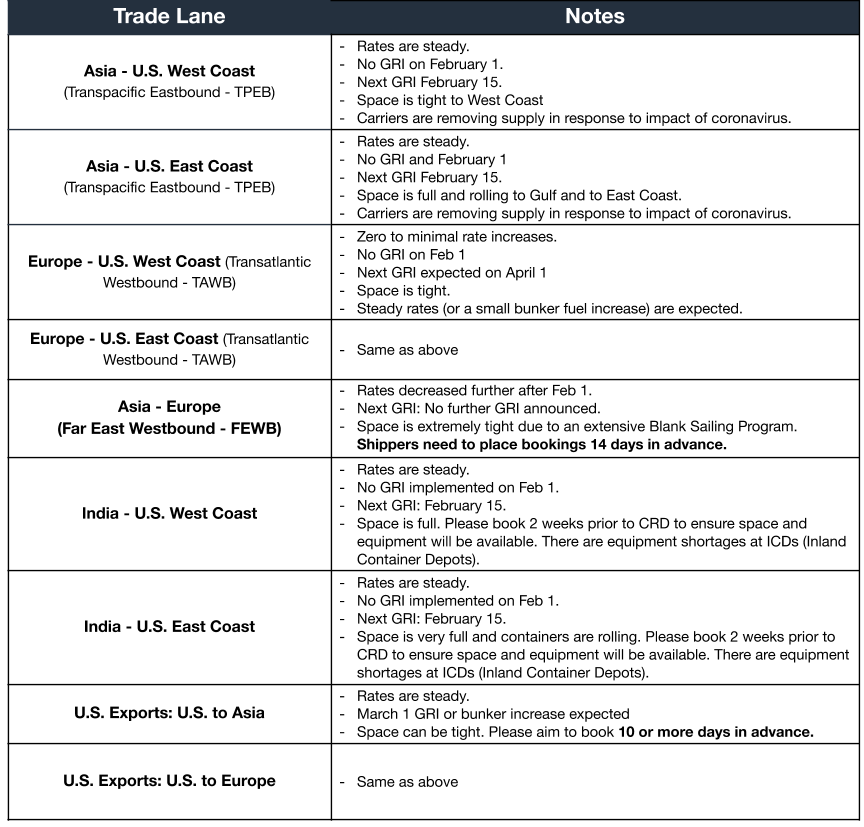 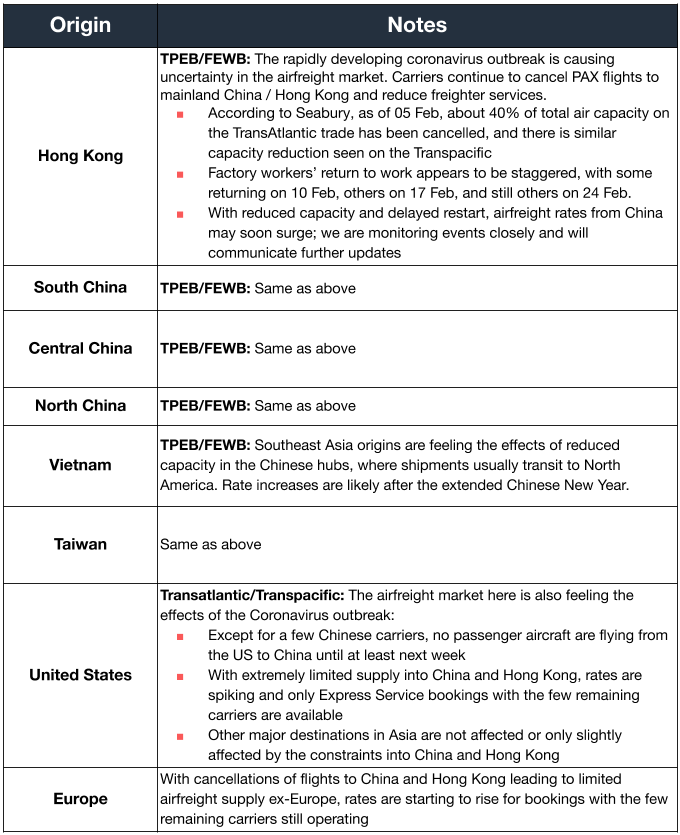 Coronavirus Is Now a Global Emergency The World Health Organization has declared Coronavirus, the infectious respiratory disease originating in Chinese port city Wuhan, a global emergency after cases “spiked more than tenfold in a week,” according to Transport Topics. While the WHO Director-General does NOT recommend unnecessarily limiting trade or travel with China, major supply-chain slowdowns, like a South Korean Hyundai factory that has halted production due to a parts shortage, are occurring.

Section 301 List 3 Exclusions Granted The USTR released a new list of products that received exclusions from the 25% List 3 Section 301 tariff on goods made in China. The list includes two HTS numbers and 117 HTS numbers with specifically prepared product descriptions. As with previously released lists, it applies retroactively to September 24, 2018 and will remain in place until August 7th, 2020.

List 4A Exclusion Window Closed The USTR reported that it received over 2,800 Section 301 List 4a requests on January 31st, the final day before the portal closed. In total, 8,800 requests have been submitted in the three months since the portal went live. However, the 4a submissions are yet to be reviewed, as the USTR is still going through its backlog of List 3 exclusions.

CBP Trade Statistics CBP issued its monthly update to its trade statistics page along with a news release on trends and changes revealed by FY19 numbers. Most noteworthy was that the $71.9 billion collected in duties, now that the Section 301 tariffs have taken full effect, was a 73 percent increase from FY18.

**For a roundup of tariff-related news, visit Tariff Insider.

Also, pre-register now for FORWARD 2020, a three-day event that brings together the greatest minds in global trade for ideas and insights to advance the industry.