Ocean and air freight rates and trends for the week of December 6, 2017. 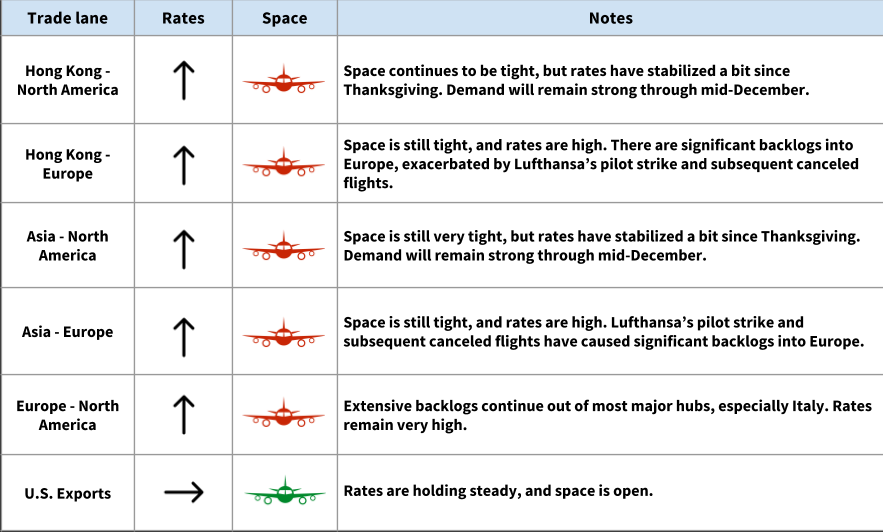 High rates and strong demand will continue through December

All season, rates have stayed sky-high, and demand has been “crazy.” Rates have stabilized a bit since Thanksgiving, but capacity is still very tight.

E-commerce and general economic growth have continued to drive demand, and we expect this to last through mid-December (prior to Christmas).

Air carriers are congratulating themselves on an incredible year, which the JOC is calling the industry’s “strongest operational and financial performance since the post-global financial crisis rebound in 2010.”

The situation at FRA (Frankfurt Airport) continues -- waiting times are still very long due to personnel and traffic control issues, and the backlog remains significant. If your cargo is moving through FRA, you should expect delays and trucking wait fees.

This is likely to continue through the rest of 2017.

Truckers are reporting long wait times at JFK, LAX, ATL, and ORD with delays of hours or even days (which can quickly result in storage fees). If you have cargo routing through any of these airports, expect delays and possibly extra fees.

Severe congestion will continue at all four airports through the holidays. 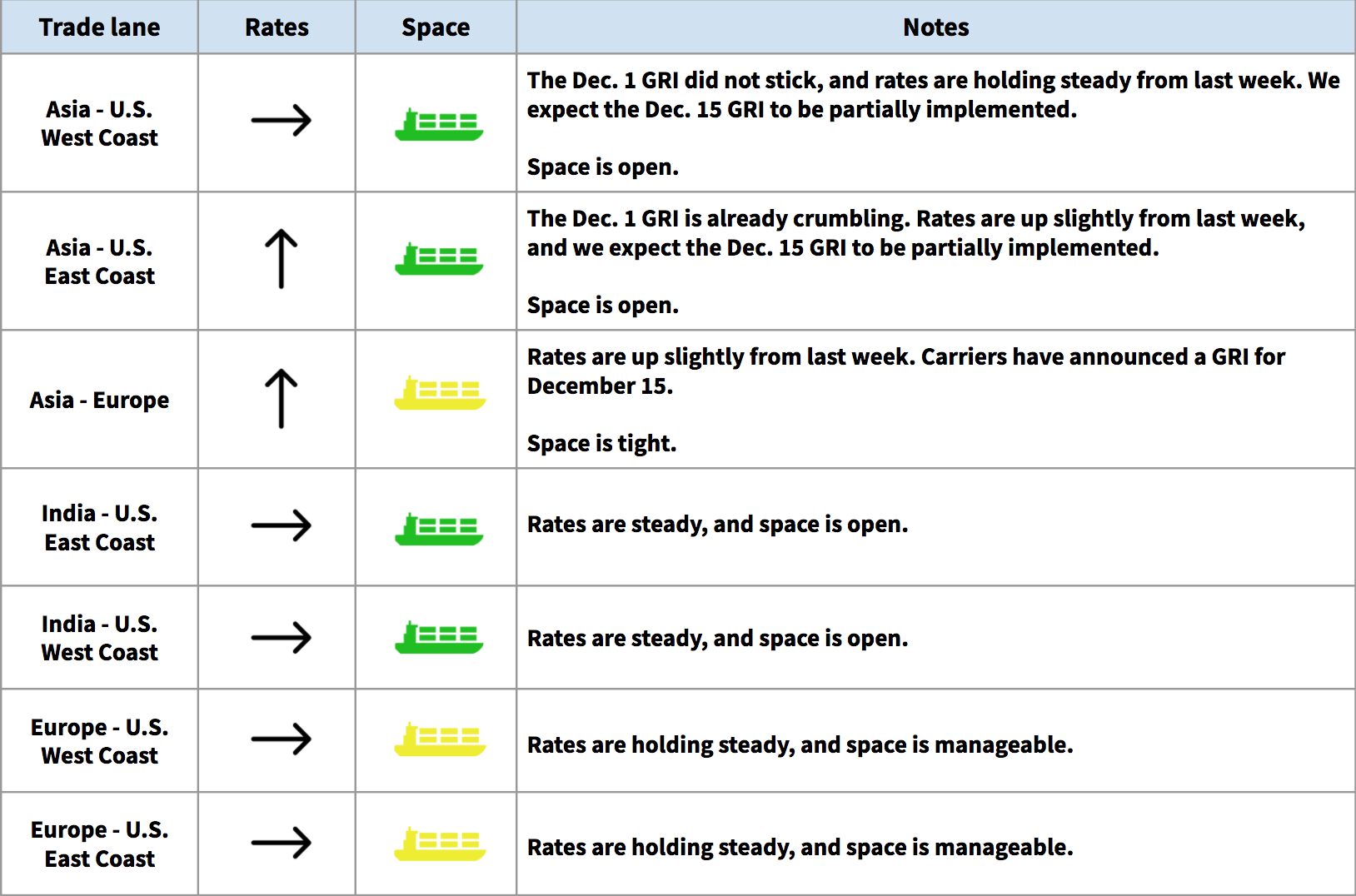 The December 1 GRI is not holding

As is typical for this time of year, carriers are planning blank sailings on many lanes. This will mean an 8% in capacity from Asia <> USEC during the last week of December, and a 2% reduction for Asia <> USWC.

We’re seeing huge backlogs of trains in Chicago, with containers that can’t discharge and not enough chassis. This is a common seasonal issue in Chicago, because it’s so centrally located and so many trains route through there. The backlog should clear up by late December.

At this point, there’s a lot of uncertainty about the impact of the ELD mandate. Beginning on December 18, U.S. truckers will be required to use electronic tracking devices to record their driving hours, which will mean strict enforcement of federal hours-of-service rules.

We also expect less patience with long wait times, because each eligible driving hour will be more valuable than ever.

The drayage impact will be different, but we’ll see it with congested ports: If a trucker has to wait a long time to get into the terminal, that means they might turn their truck 3 times in a day instead of 4. Their overall pricing will be higher to compensate for fewer pickups.

**Rates will stay up through Christmas **

Even higher rates in California

There’s a combination of factors at play, especially: fuel cost increases, higher demand for trucking to Texas and Florida due to hurricane relief, and the general holiday surge. The market will likely only become tougher once the ELD mandate takes effect.