Ocean, trucking, and air freight rates and trends for the week of August 29, 2018. 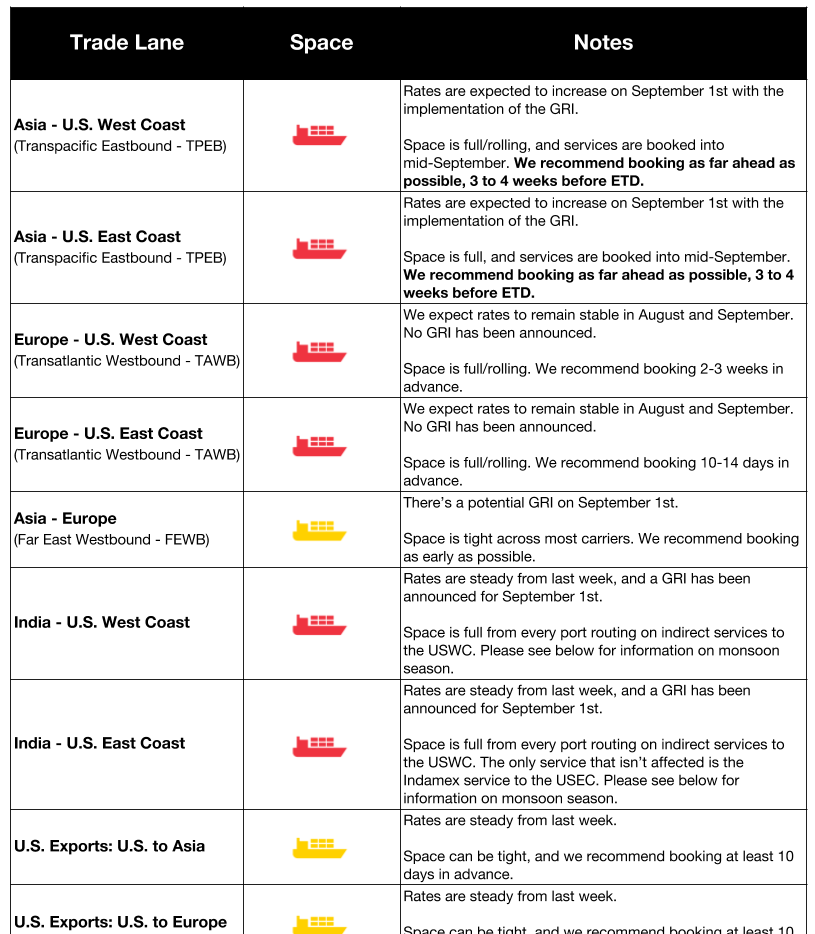 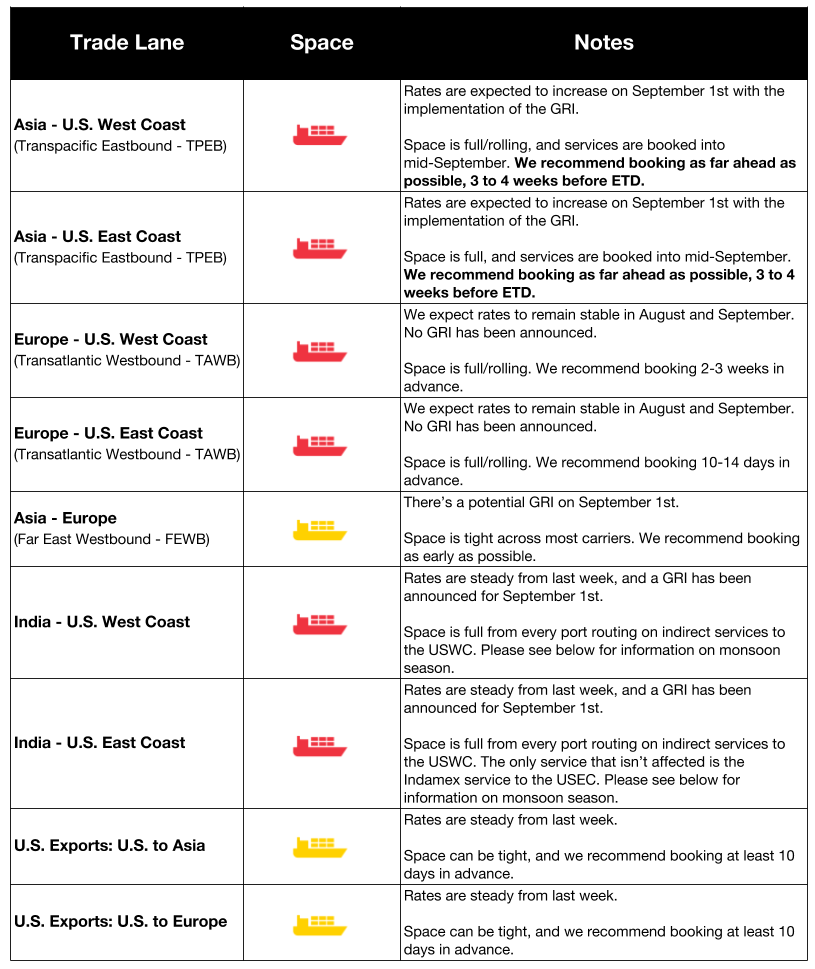 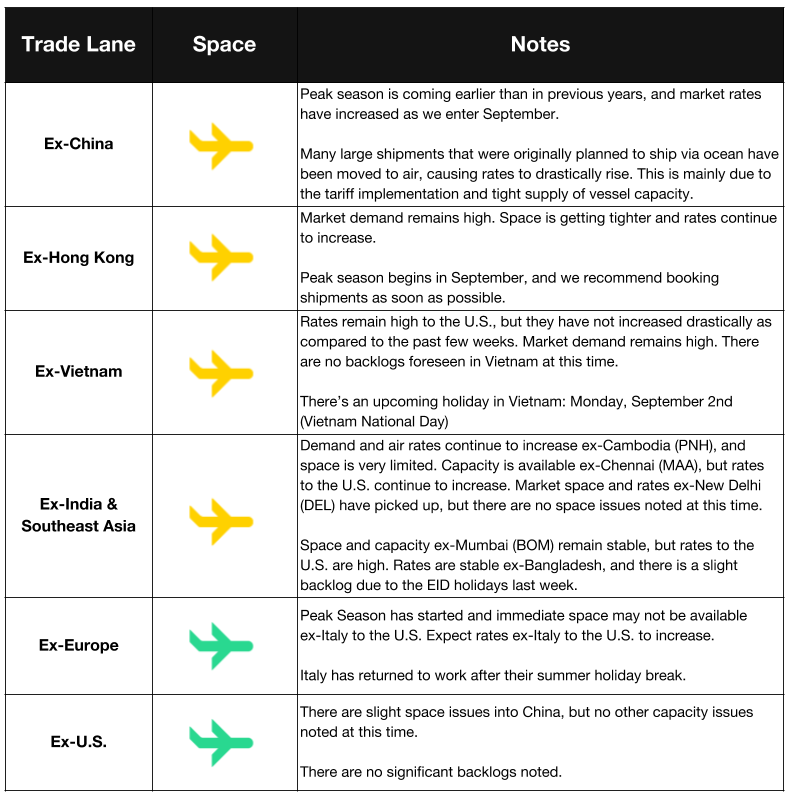