Ocean, air, and trucking freight rates and trends for the week of April 18, 2018. 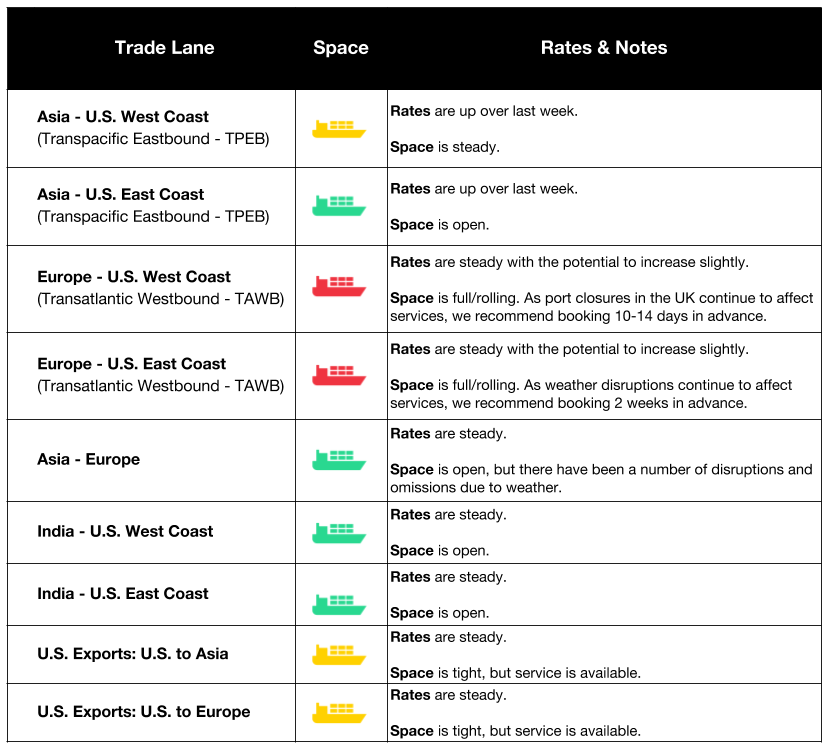 GRI Announcements for May 1st & 15th

A General Rate Increase (GRI) has been announced for the following lanes and dates:

On Friday, the shipping industry made a historic step toward cutting carbon emissions. The deal, which aims to reduce emissions by at least half by 2050 (compared with 2008 levels), represents a compromise among 173 International Maritime Organization (IMO) member states.

“The plan is far from perfect, but the direction is now clear—a phaseout of carbon emissions.”

According to The Wall Street Journal, “The emission cuts will also affect thousands of exporters world-wide. Brazil, for example, exports large amounts of iron ore to China and fears strong caps will push up freight rates, helping rival Australia, whose iron exports sail half the distance to China.” 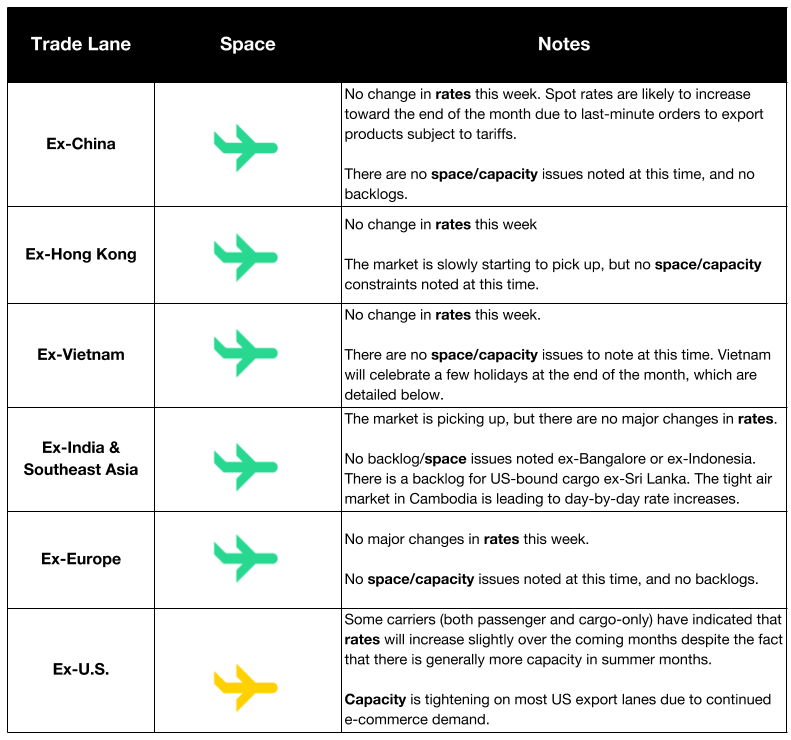 Select carriers (both passenger and cargo-only) have indicated that rates will increase slightly over the coming months. This is despite the fact that there is typically increased capacity heading into summer months due to additional seasonal flights for holiday travelers.

More companies are placing orders online, and they expect service to mirror that for delivery of personal items. Referred to as the “Amazon effect,” businesses expect fast delivery times, real-time tracking, and more general visibility.

The result is a shift from supply chain management to one based on demand, as companies place a heavier focus on the customer experience.

As spring retail and produce demand increase, so too do the U.S. spot truck rates. After the minor dip in rates in February, the trucking industry is again feeling the pressure on capacity and rates.

This news aligns with the record-breaking pace of big rig orders placed by trucking companies in the first quarter. According to The Wall Street Journal, “The gap between demand and capacity has led truckers to charge higher prices, giving fleet owners more cash to replace older vehicles and greater confidence in future demand.”

The Teamsters Canada Rail Conference (TCRC), representing about 3,000 CP workers, voted 94.2% in favor of a strike, planned for April 21st. The union’s strike, if carried out, will be the third one in six years, with the stated purpose of obtaining “fair and reasonable contract renewal.”