Ocean and air freight rates and trends; trucking and customs news for the week of July 17, 2019. 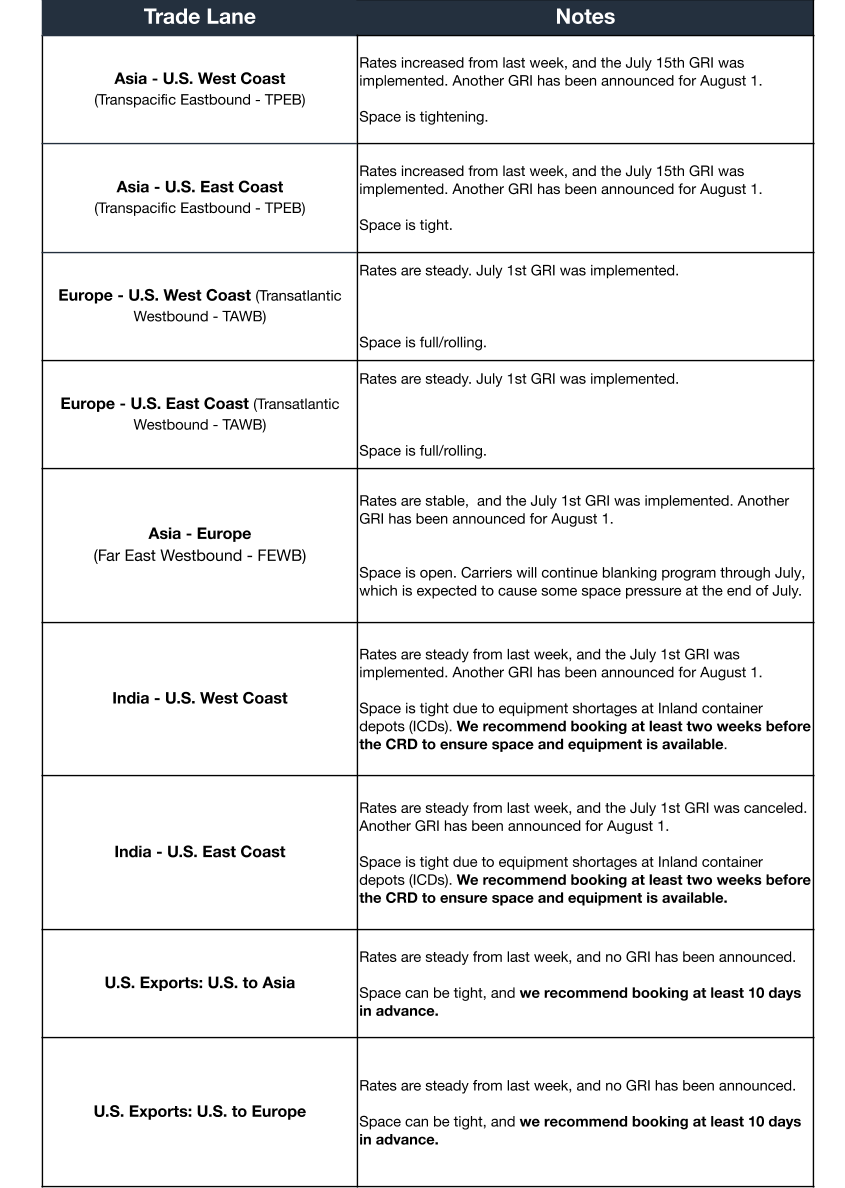 Panama Canal Levels Continue to Drop Due to Drought

On the heels of the driest month Panama has experienced in 106 years, drought conditions continue to impact ocean vessels on the Panama Canal. Rain in the area is 90% below historical averages, and 12 draft restriction advisories have been announced so far this year, causing some shippers to seek alternate routes to the US.

Pier Pass recently announced the Traffic Mitigation Fee (TMF) that applies to all containers destined for these two ports will increase by 1.9 percent effective August 1, 2019. The adjustment matches the combined increase in longshore wage and assessment rates that take effect June 29. 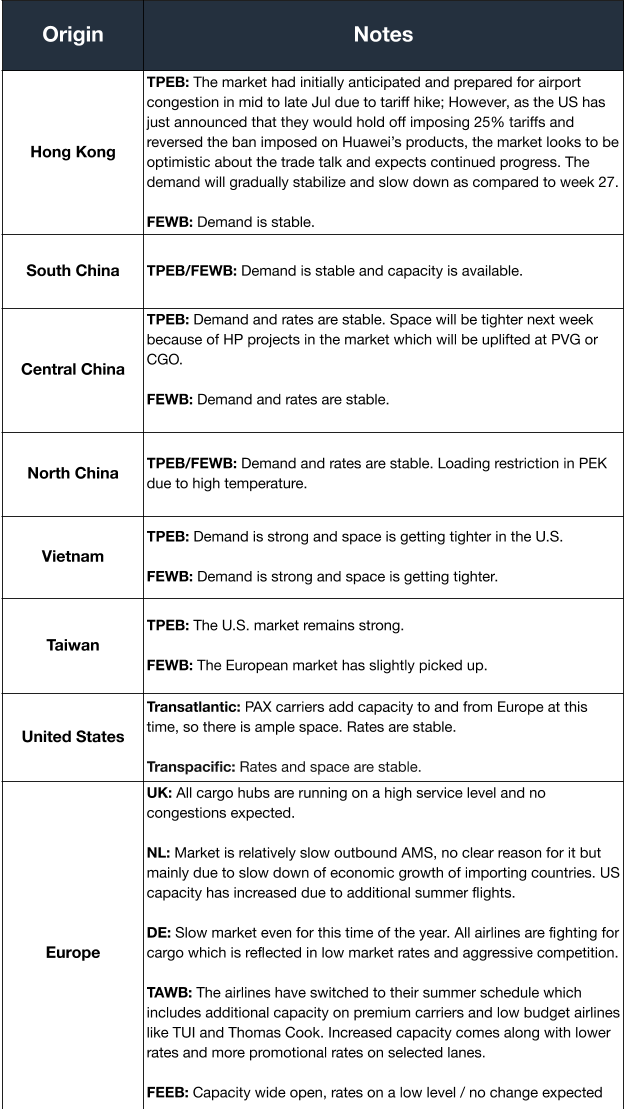 The USTR announced in a press release that they have launched an investigation on the Digital Service Tax passed by the French Senate. Other EU countries are rumored to be looking into similar taxes. The tax aims at very large tech firms whose "total annual revenues from the covered services of at least €750 million globally and €25 million in France". A Federal Register notice containing instructions on how to comment or testify in the public hearings from August 12th to 19th was shared. The investigation could take up to a year and may result in tariffs or other types of restrictions on imports from France if a settlement can't be reached.

The Department of Commerce amended the preliminary determination on the anti-dumping investigation with mattresses coming from China. There were several calculation errors from the original notice that was released. The rates which were previously provided were lower than they should have been for some of the producers. There were also previously omitted producers that were added to the special rate list. The China-wide rate remained unchanged at 1,731.75%.

The ITC recently posted a webinar stating the new petition process for the Miscellaneous Tariff Bill. They stated that the new process for accepting the petitions will start no later than October 15th. There will be a 60-day window for petition submissions which will close in December. There will also be a new process for renewal requests that were approved during the previous MTB process. Additional Product Exclusions Granted for Section 301 List 1