Ocean, trucking, and air freight rates and trends for the week of November 21, 2018. 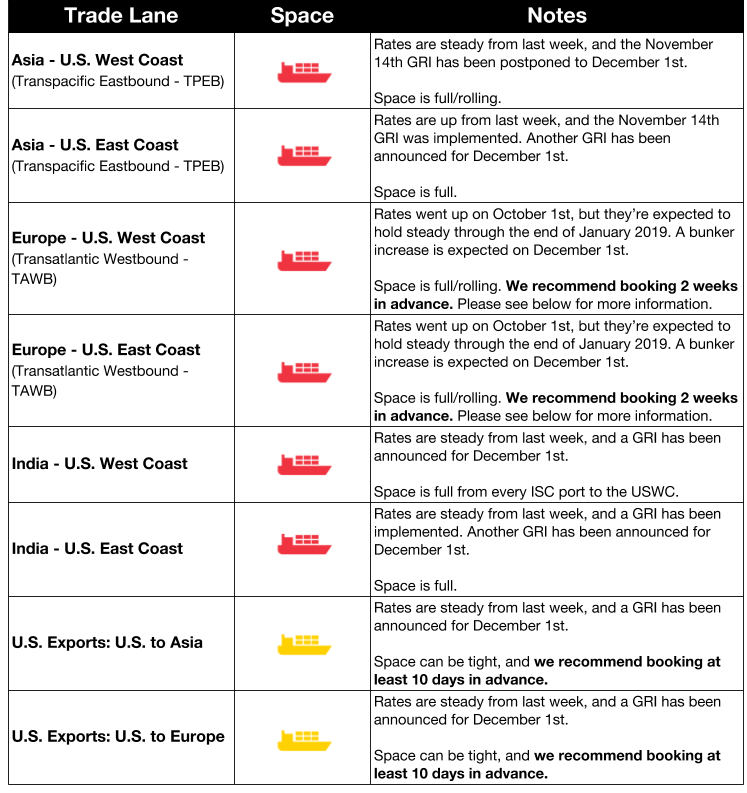 Expect Delays Due to Holidays

Truckers, rail, and barge operators will have days off during Christmas and New Year’s Eve, so all services will be fully booked up to that point. Low water levels on European waterways are also making barge transportation difficult, forcing cargo to move via truck and rail which further constricts those services.

Carriers including Maersk and Hapag-Lloyd have issued profit warnings this year, so logistics managers should start preparing for a slowing trade economy next year. Rising fuel costs and the China-U.S. trade war are expected to make 2019 another challenging year.

Thames May Be Leveraged for More Water Transport

Trucking is the only growing freight industry in London, so London’s mayor is pushing for more use of water transport in the city to reduce traffic congestion. Seven tons of cargo are already being moved via barge with the development of the Tideway sewerage system, with hope that this route will continue to grow.

AP Moller-Maersk, CMA CGM, ONE, Hapag-LLoyd, and MSC will form a container shipping association to align on industry digitization and standardization. The focus of this association, expected to begin in early 2019, will be to increase interoperability, not to discuss any operational or commercial matters.

The short-term effects of these new regulations are expected to be disruptive, but long-term they could help alleviate the over-capacity that has plagued the industry in recent years. 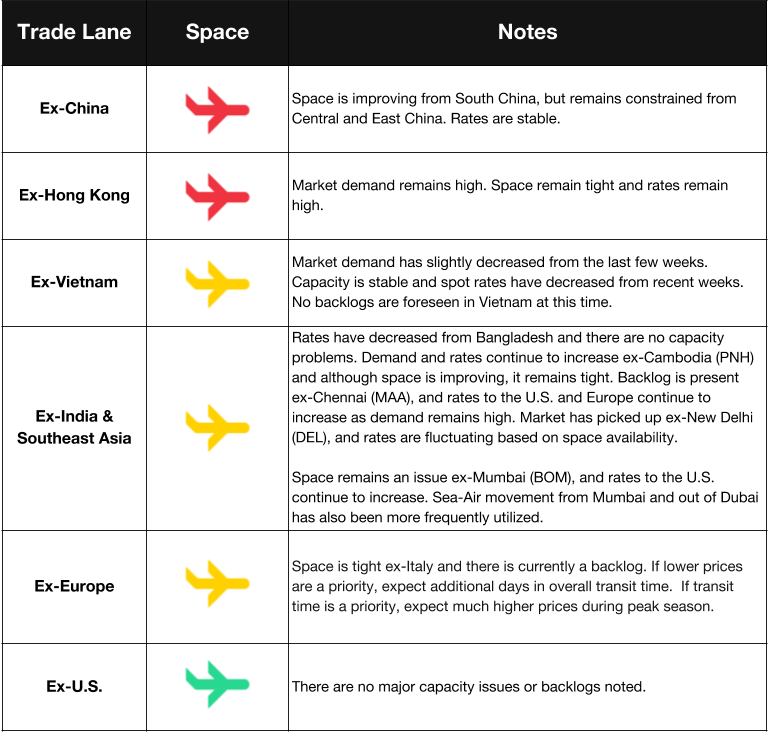 The air freight market stands to benefit from the trade war, as shippers tend to use more air in chaotic trading environments. Manufacturers are also looking to move out of China ahead of the looming 2019 tariffs, and will need to use air instead of ocean to shorten that created gap in their supply chain.

Airlines are continuing to raise jet fuel surcharges to pass the rising cost of fuel to shippers, and are expected to continue doing so through peak season. Fuel surcharges have caused controversy in recent years as shippers question whether the practice is a revenue source for carriers, but you can expect them to continue to rise either way.

Truckers are pushing for the EPA to implement nationwide nitrogen oxide standards, as opposed to individual state standards. California wants to impose strict emission restrictions that truckers fear would put too much pressure on the industry, and truckers say that nationwide standards would be a better investment.