Ocean, trucking, and air freight rates and trends for the week of September 5, 2018. 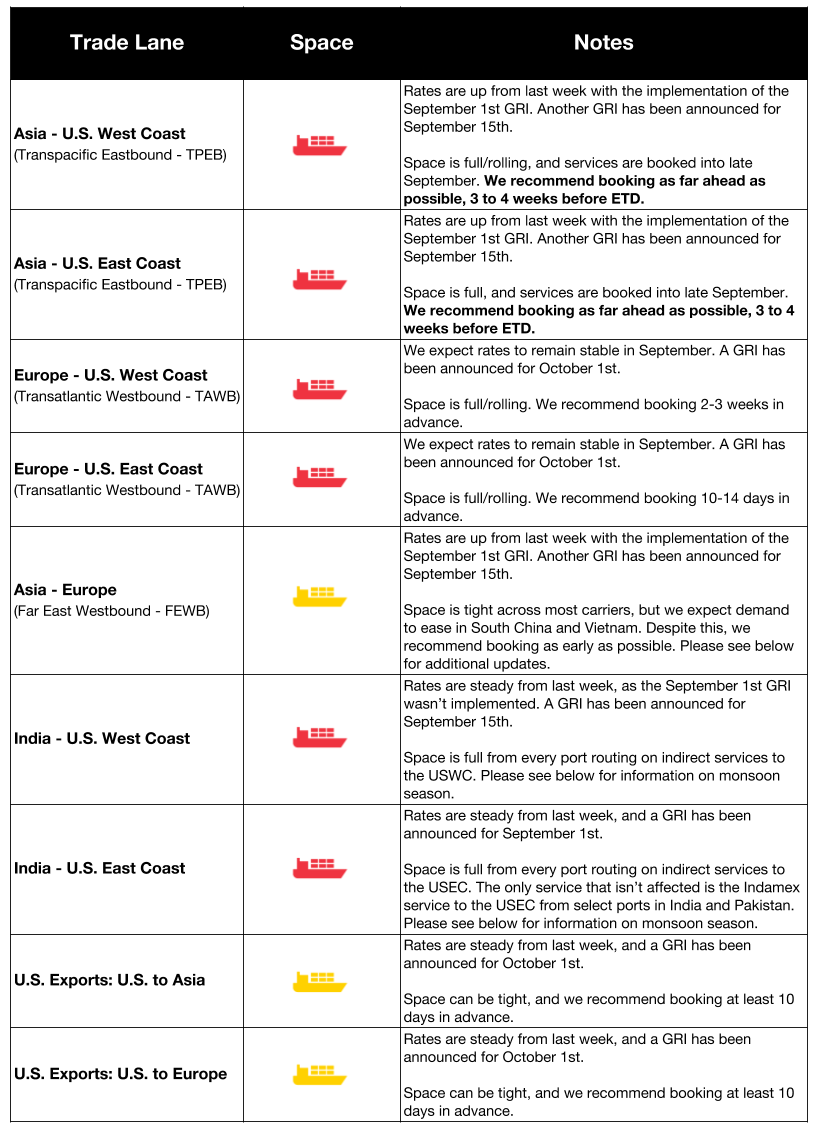 TPEB space is full/rolling, and we recommend booking services as early as possible - at least 3-4 weeks before ETD. Please also note that carriers will be implementing blank sailings closer to Golden Week in early October which will further constrict space. 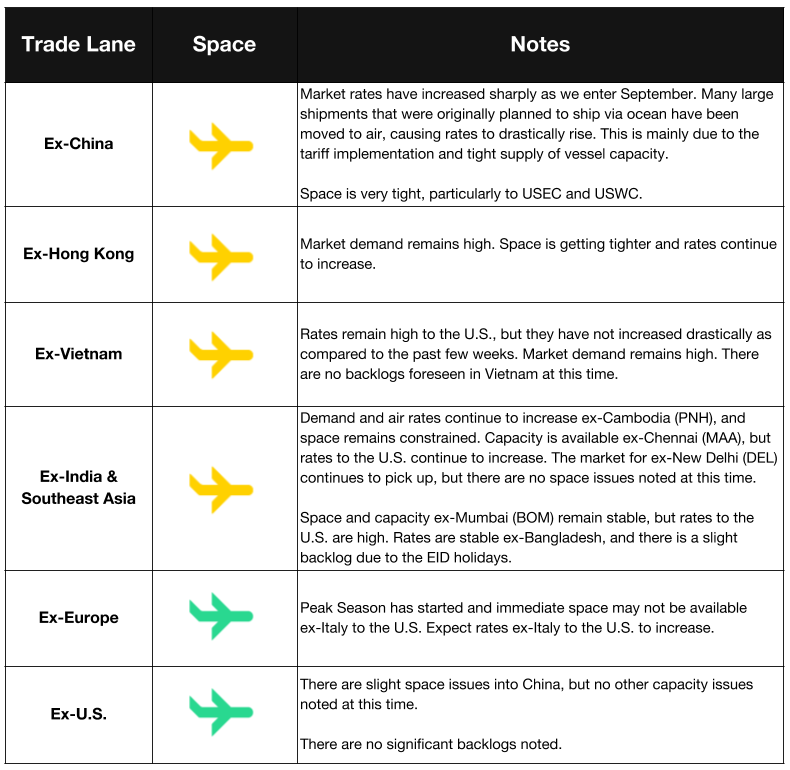 As factories ramp up production to meet the needs of the fast-growing U.S. economy, many businesses report that it’s been very difficult to find trucking capacity in the current market.

This is affecting companies to the point of cutting their full-year earnings reports, as they know they won’t be able to move product as previously expected.