Ocean and air freight rates and trends; customs and trade industry news plus Covid-19 impacts for the week of October 25, 2022. 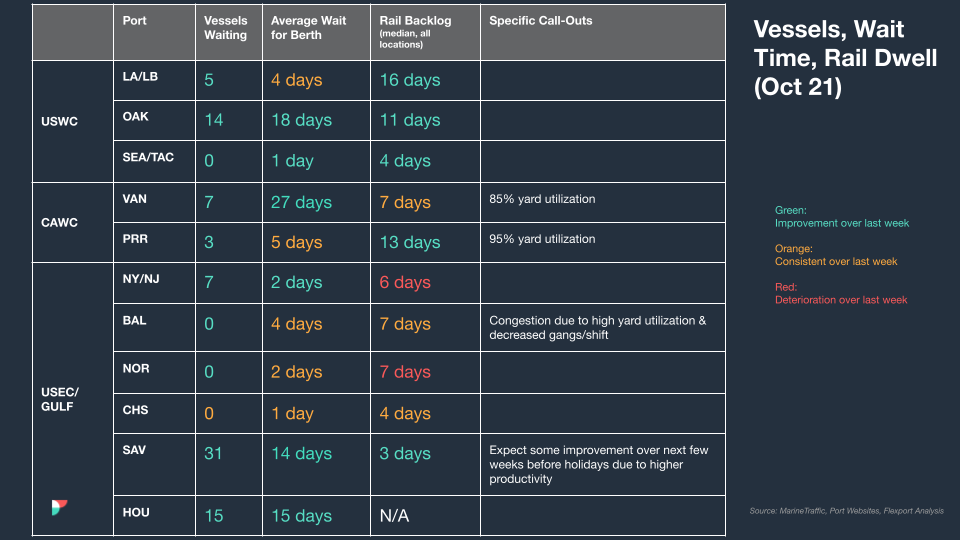 On October 23, the Office of the United States Trade Representative announced it will not initiate a Section 301 investigation into Mexican produce exports, following a petition from Members of the Florida Congressional delegation. The announcement included a commitment by the USTR to establish a private-sector industry advisory panel to recommend measures to promote the competitiveness of the southeastern produce industry.

CBP released its latest “ACE Development - Deployment Schedule” on October 22. A new Uyghur Forced Labor Prevention Act (UFLPA) regional alert is now scheduled for deployment in November 2022. The alert will perform three data validations where the Country of Origin for an entry is China and for Manufacturer Identification Code (MID): (1) postal code will be a required field; (2) users will receive an error message if the postal code provided is not a valid Chinese postal code; (3) users will receive a warning message when a Uyghur region postal code has been provided.

According to SupplyChainDive, UPS is expecting package volumes to peak later in the month of December, as compared to 2021. The reason for this being a shift in consumer behavior, as consumers shop later in the season, similar to pre-pandemic times.

According to The Loadstar, despite the weaker peak season we’re currently seeing, lockdowns in key Chinese port cities are yet again posing threats to supply chains. Ningbo, Shanghai, and Tianjin are among the cities experiencing lockdowns due to Covid-19 restrictions.