Ocean and air freight rates and trends; customs and trade industry news plus Covid-19 impacts for the week of October 4, 2022. 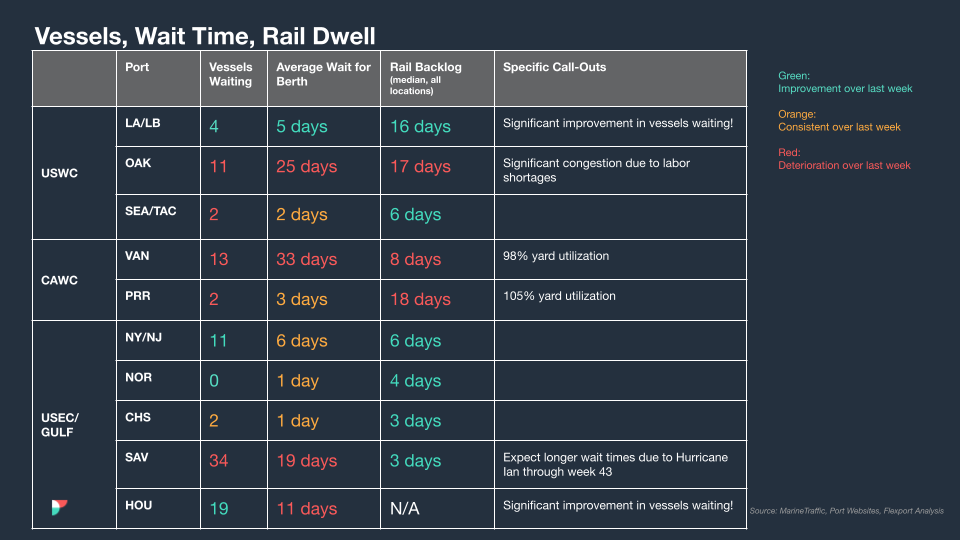 Cotton import fees are set to increase 18.7% on November 28, 2022, under a direct final rule issued by the Department of Agriculture’s Agricultural Marketing Service. Assessments will be increased from $0.011136/kg to $0.013215/kg, unless significant adverse comment is received by October 28.

On September 28, the Department of Labor released its 2022 “List of Goods Produced by Child Labor or Forced Labor.” The report identifies 158 goods from 77 countries. Among the 32 new additions are apparel from Bangladesh and thread/yarn from India for alleged forced labor. The report also includes three in-depth, supply-chain studies on lithium ion batteries, palm oil and solar panels.

In a recent Wall Street Journal interview, DHS Undersecretary Robert Silvers, head of the Forced Labor Enforcement Task Forced, reported that 1,452 cargo entries valued at $429 million have been targeted under the UFLPA as of September 20. CBP’s Eric Choy provided similar statistics to The Dispatch, adding that of the shipments detained under the UFLPA, none have been released into the U.S. market.

As the war in Ukraine continues and inflationary pressures rise, manufacturing deteriorates further across Europe according to Bloomberg. In Asia, factories paint a more mixed picture, as they display a split track of recovery in the north and south.

Large Retailers Crack Down on Fines to Suppliers

As larger retailers continue to grapple with rising inflation and inventory, they have moved to impose stricter enforcement of late-order fines on their suppliers, according to BNN Bloomberg. While the pandemic created more leeway, large retailers like Target and Walmart are now among those tightening expectations.