Ocean and air freight rates and trends; customs and trade industry news for the week of January 22, 2020. 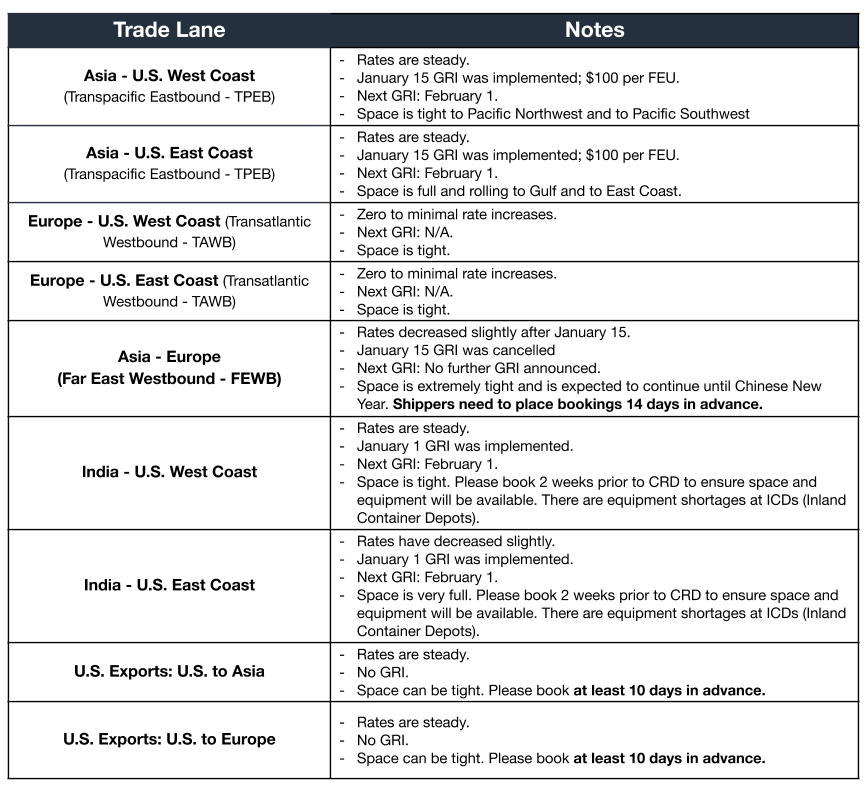 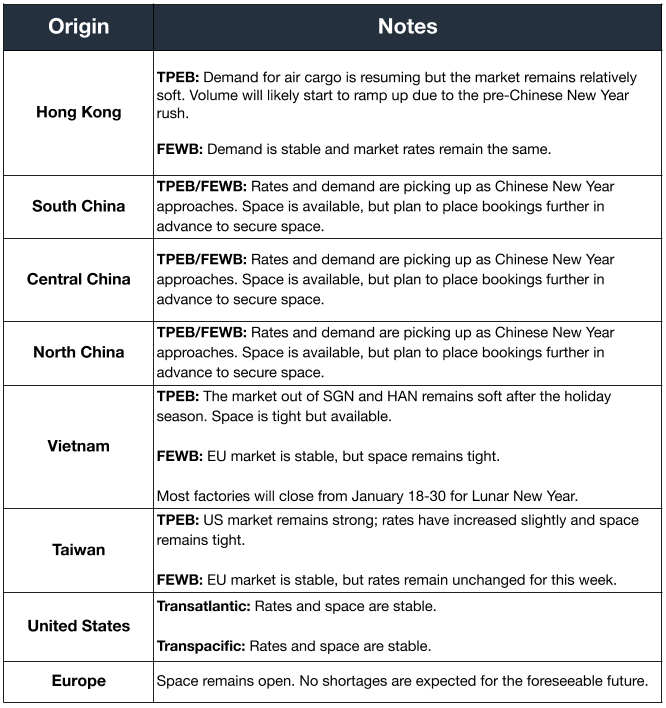 Coast Guard Updates IMO Enforcement The US Coast Guard has issued updated guidance signifying its intent to seek out noncompliance and prosecute violators of IMO 2020’s low-sulfur fuel regulations. Despite requirements to maintain fuel oil non-availability reports (FONAR), FreightWaves reports that noncompliance is likely to be viewed as “a failure of preparedness, not a failure of accessibility of resources.”

Panama Canal Combats Drought with Fees The Panama Canal is running out of water after several years of below-average rain and above-average evaporation due to rising temperatures. To replenish water levels, Supply Chain Dive reports, the Panama Canal Authority is charging two new fees at fixed and variable amounts and requiring use of a new booking system.

Phase One Deal with China Signed but Issues Linger With the Phase One deal signed last week with China, the issues with intellectual property rights (IPR), counterfeit controls, agricultural purchases, and technology transfers are in wait and see mode. How they play out will affect future actions and retaliations. President Trump hinted that a Phase Two deal wouldn't likely happen until after the 2020 election.

France Delays Digital Excise Tax France has agreed to delay the implementation of its 3% Digital Service Tax that is meant to tax big US tech companies like Google, Facebook, and Amazon. The US had scheduled retaliatory tariffs which will also be delayed with the recent truce between Trump and Macron. Both sides have agreed to table these taxes/tariffs until next year in hopes they can come to a better agreement for both countries and to prevent the escalation of a trade war.