Ocean and air freight rates and trends; customs and trade industry news plus Covid-19 impacts for the week of July 19, 2022. 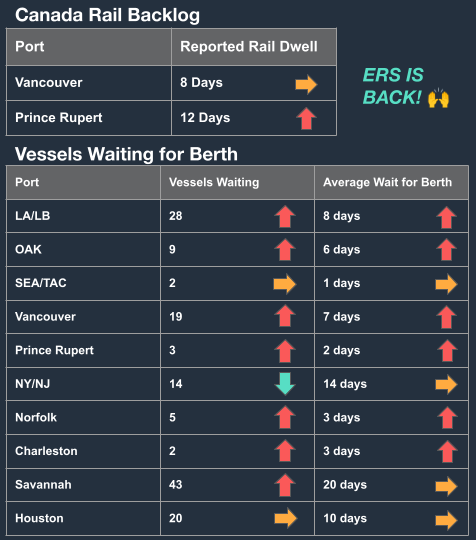 On July 15, the House of Representatives passed H.R. 8351 by a vote of 421-2. The bill would suspend duties on certain infant formula products imported through December 31, 2022.

On July 14, the Biden Administration announced the launch of the U.S.-Kenya Strategic Trade and Investment Partnership. The USTR identified a wide range of issues on which the two countries will engage in the coming months, including customs procedures, digital trade, worker’s rights, and the environment.

In a July 18 Federal Register Notice, Commerce initiated a new circumvention inquiry over aluminum foil imported from South Korea and Thailand. The inquiry stems from the existing antidumping order on certain aluminum foil from China and will focus on the extent to which Chinese inputs are processed. If the preliminary inquiry results in a finding of circumvention, Commerce may suspend liquidations and require cash deposits for subject entries made after the initiation Notice was published. Duties may also be applied retroactively.

According to FreightWaves, an estimated 400 owner-operators took to Port of Oakland in protest of California’s independent contractor law, Assembly Bill 5 (AB5). AB5 seeks to limit the use of independent contractors, mostly by reclassifying them as employees. As a result, protestors have managed to shut down truck traffic at all three terminals.

Last month, the Port of Los Angeles handled nearly 877,000 Twenty-foot equivalent units (TEUs), setting the record for the busiest June in the port’s history—according to SupplyChainDive. The port’s cargo growth was largely due to the surge in empty containers, which experienced an 8% YoY increase.

Our latest update sees consumers’ preferences for goods starting to decline back to summer 2020 levels during Q3’22, with the main driver being a downturn in nondurables preferences (adjusted for inflation), which could be over halfway back to pre-pandemic levels by August.

The latest report covers data for Q2 2022, showing the cost of production in furniture, electronics and auto-parts have all increased in Q2’22 versus Q1’21 while the cost of apparel sourced from China and Vietnam has fallen. China has lost competitiveness to Vietnam in furniture but held steady in apparel.

The U.S. dollar has strengthened in real terms against emerging economies and even more so against advanced economies. Among the economic changes that ensue will be a repricing of trade and an increase in crisis risk.

US: In the latest update, a key consumer confidence measure hit new lows, but only fell slightly from last month, while retail sales increased sequentially.EU: the inflation-adjusted value of EU imports fell by just 0.6% year over year while the time taken for ocean freight to leave Asia has started to increase.